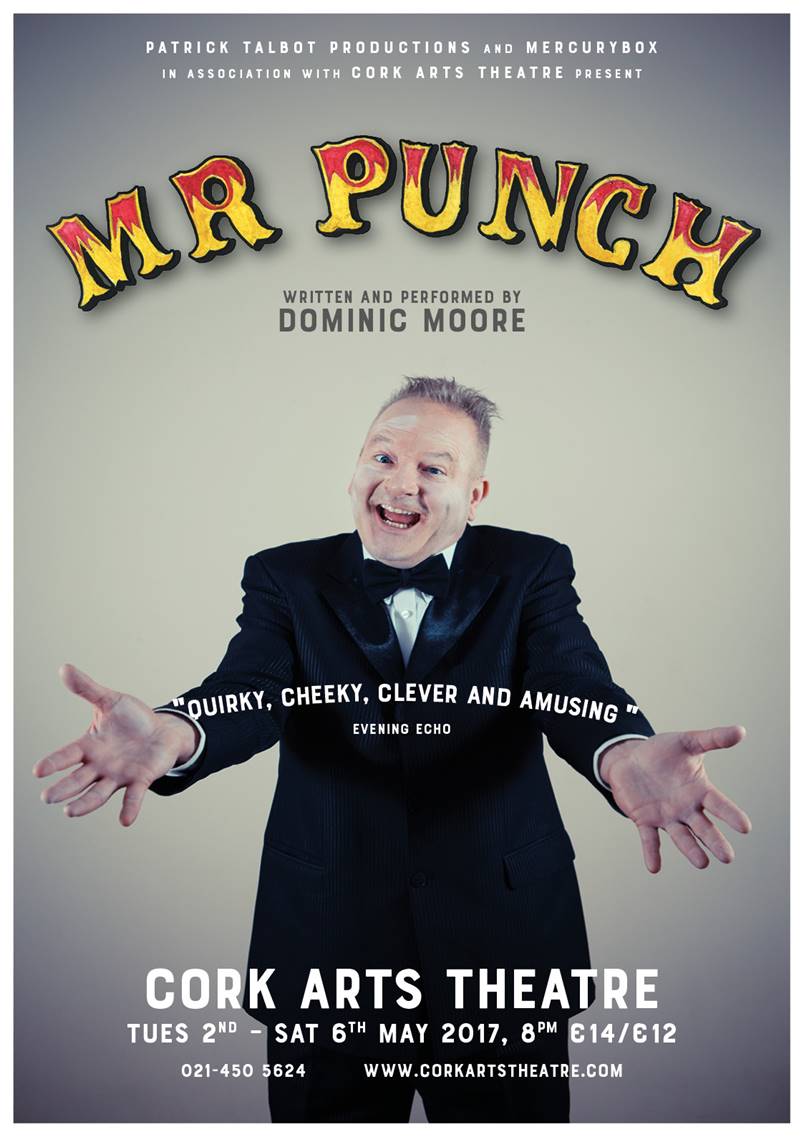 written and performed by Dominic Moore

Following its hugely successful run earlier in the year Dominic Moore returns with MR PUNCH, his compelling one-man show, for FIVE PERFORMANCES ONLY.

MR PUNCH is the story of a puppeteer, Jimmy Horgan, and his attempts to perform his traditional Punch and Judy Show in the world of today’s political correctness.

Dominic Moore most recently appeared in the acclaimed JACK by Declan Hassett, the play marking the centenary of the birth of Jack Lynch, at the Everyman.

As one of Ireland’s leading puppeteers he was worked extensively for RTE, featuring in THE WHY GUY, HUBBLE, SATTITUDE, WORDWICH, THE SWAMP, THE MORBEGS and THE RIMINI RIDDLE

‘Dominic Moore is the absolute embodiment of everything going on in MR PUNCH in a performance of utter physicality and humourous edginess’.