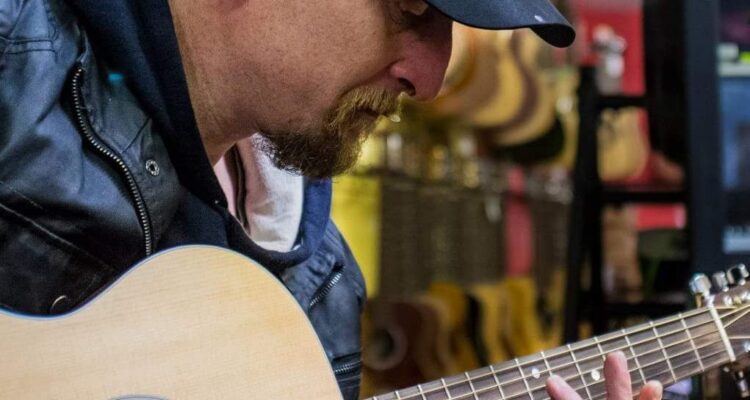 John Dunne is a singer/songwriter from Cork who describes his music as blues rock with a bit of slide thrown in for good measure.

John began his music career with the band Nothing Like Strauss in 1987 as lead singer and playing venues such as The Phoenix, Delacey House & Mojos. He moved from there to work on a music project with another Cork singer/songwriter Gary Goggin to develop both his vocals and song writing skills. After taking a break from music John returned to the music scene in Cork over 4 years ago where he has been writing his own songs and showcasing this material around the Cork music scene including Fred Zepplins, L’Attitute, El Fenix & Gallagher’s. John recently played support for Hank Wedel at The Clonmel Busking Festival.

Although John claims for there to be too many influences to mention both Martin Gretch & Leonard Cohen were big influences in his music and he was also heavily influenced by blues based rock & slide.

John is currently working on his first EP which he hopes to release in 2015.